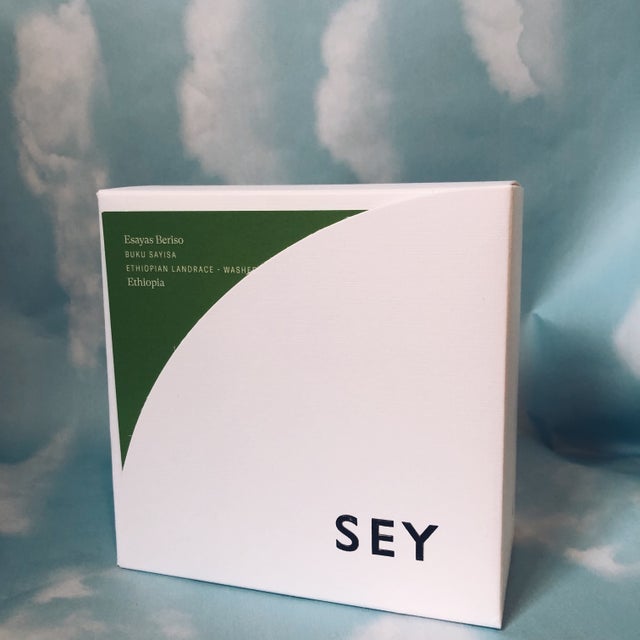 This is a very vibrant coffee from extreme elevations in the Guji Highlands. This single-estate selection is expressive and lively, with notes of sweet lemonade, ripe raspberry, and coconut.

Manually harvested at peak ripeness. Hand-sorted. Depulped. Wet fermented for up to 72 hours, washed in channels, and graded by density. Lower density seeds will float and are removed, leaving only the denser, higher quality, seeds which are then separated as higher grade lots. Soaked for two hours after fermentation. Dried for ten days in two centimeter layers, and hand sorted one final time.

Buku is one of the highest elevation coffee growing regions in Ethiopia, which creates optimal conditions for stellar cup quality. The farm plots are scattered throughout the highlands soaring upwards of 2,350 masl. Esayas Beriso began his career working in a government office in Dimtu. During this time, he and his brothers began a small operation of collecting farmers coffee cherries from the surrounding area and selling them to local wet mills. As this operation grew, Esayas planted his own coffee trees. In 2009 he left his government job to become a full time coffee business owner. It is now a family operation, with his wife Meskerem managing the harvesting operations of their personal farm as well as buying cherry from neighboring farms.

Ethiopia is widely acknowledged as where coffee originated, and its production continues to represent about 10% of the country’s gross domestic product. DNA testing has confirmed over 60 distinct varieties growing in Ethiopia, making it home to the most coffee biodiversity of any region in the world. Given the tradition of coffee production in Ethiopia and the political interworkings of the Ethiopian coffee trade, it is virtually impossible to get single variety coffee lots from Ethiopia. This is changing, albeit very slowly. Most Ethiopian coffees are blends of the many Ethiopian varieties, and referred to simply as 'Ethiopian Landrace'.